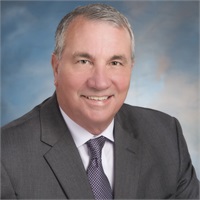 Stan Epps Sr. is a leader, mentor, father, grandfather and husband, but most of all, he is trustworthy. If he is not spending time with family, he is on the golf course relaxing.

In January of 1979, he began his career with Mutual of Omaha, where he excelled for 22 years. He made Chairman's Council as an agent, six consecutive Career Manager's Club as a District Manager and then President's Circle as a General Manager.